Now that July has come to a close, I thought it was only right that I did a monthly update...that was actually on time. July was a much busier month then I expected, but it was still fun and worthwhile. 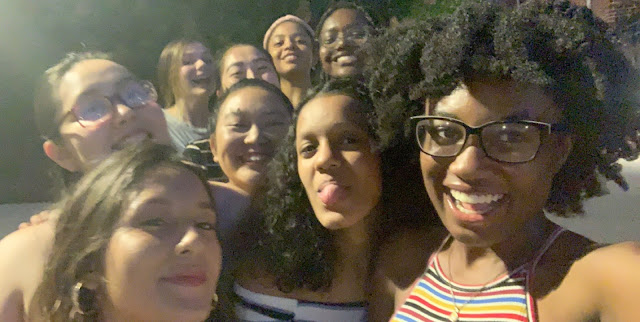 This was the first year (that I remember) not celebrating the fourth of July on the actual fourth. It rained and fireworks were basically canceled, but we still got to do smores which were fun. We also grilled out on the sixth and did sparklers then so I guess it wasn't too bad, but I hate the actual day got rained out. 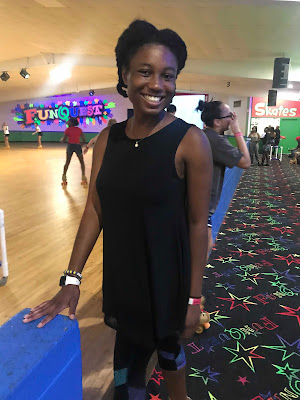 I know I wrote about my W&L AIM experience in my last monthly update, but I left this off because it didn't occur in June. Our final outing was a day trip to Lynchburg, VA for rollerskating and laser tag. I've never been a great roller skater, but somehow my skating skills improved from the last time I went, and by improved I mean I only fell 9 times. I also got to try my hand at laser tag, and while my team lost I still had a ton of fun. I won't lie, though, I was more excited by the idea of eating Chikfila again since there isn't a location near W&L. (Perks of being at a rural school...right?) I've never been that big of a Chikfila eater, but considering the nearest McDonalds is about 1.5 miles away from campus I was happy to hear fast food would be a short walk away from the skating rink and boy did it not disappoint. I don't think chicken minis and waffle fries have ever tasted that good. Just thinking back has my mouth-watering.

It also got me thinking about the things we take for granted in suburban and urban America. Small things like Chikfila and Walmart are hot commodities in these parts. 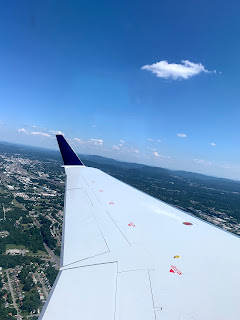 I also finally got back home from Virginia. I won't lie packing was a bit stressful since I had to pack both the things I brought and the things I bought for my family and friends. Thankfully, I found a faculty member who was willing to keep my dorm items at their home which was great! However, my flight situation sadly wasn't as seamless as packing. After a weather delay caused me to miss my connection I was placed on a new flight that would get me back home 5 hours later. To say the least, it was a "fun" experience, but thankfully I got home in one piece! I'll also say this is the first time I've missed a flight because of a delay and considering how much I've traveled in the past year that's pretty great odds.

Shortly, after I got home it was tax-free weekend in Alabama. This meant shopping for school and dorm supplies. I had recently found out who my roommate would be so, to say the least, I was excited.  We decided on making our room baby blue with yellow accents so I picked up a comforter, storage crates, and some pillows. Obviously, I can't see how everything will come together just yet since I haven't moved in yet, but stay tuned for more details. :)

I won't go too in depth because I planned on doing a full post on my vacation, but let me just say it was a much-needed break. My family and I headed to Jamaica with a family friend and it was just what the doctor ordered. Not only did I get to stop and spend some time in the sun and on the sandy beaches, but I also got a chance to visit some of my extended family in Kingston. All in all this was the perfect cap to the end of my summer. I just wish it could've been a tad longer.


What did you do this past July? 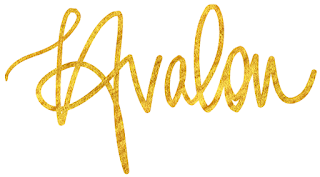