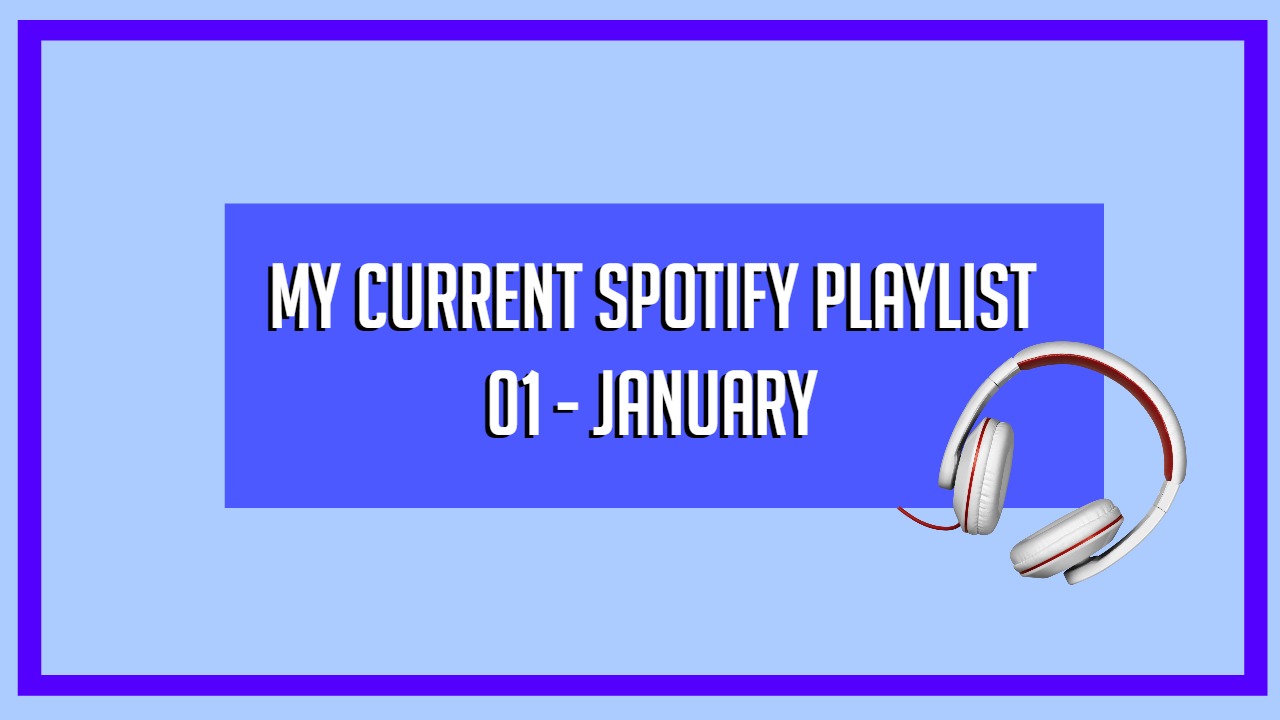 I've decided to start a new blog series on my blog, to show you guys what I'm listening too. I will create picture collages and also insert my monthly spotify playlists so that you guys can listen if you're interested. I usually like to set my spotify playlist up in 3 month intervals so that I can look back and see what I was listening too during those months. (That's why my playlist is called "jauary - march") I also like to include my song favorites across the board instead of limiting it to one genre.
I defintely expect my playlist to expand as we get deeper into the year, and as soccer season truly starts back up since I usually listen to music when exercise.

Quick Disclaimer: Before we get into my thoughts I'd like to say that I've made the personal decision not to curse (and for the most part have not cursed at all). With that being said, you will probably realize that some of the songs on the playlist below are explicit (meaning they have curse words). I do not condone the language used in these songs, and usually choose to hear the clean version (but this version is not available, to my knowledge on spotify). Sorry for the inconvenience. Thanks for reading. :)

This past month I've been really into an alternate/r&b vibe with (a few) rap songs that I previously would've never listened to. At the same time though I feel like this playlist shows the flexibility of my song interests because you'll see a little bit of everything sprinkled throughout.

Panic! at the Disco

This month I've also found a new favorite band (who actually isn't new at all), Panic! at the Disco. I had already listened to a few of their songs in past years, but this month I became a "true fan". To put it in perspective they are coming to a city near me and now I plan on going!

I also became a major Kehlani fan. I love how smooth her voice is especially when she sings song like Distraction and Gangsta. The first time I heard her was when I listened to the Suicide Squad soundtrack and heard the song "Gangsta" which is amazing. The lyrics of her songs are so catchy and (sometimes) very relatable.

The last notable artist that I have featured in this playlist is Ed Sheeran. Not only did he decide to come out of his social media hiatus, but he also released 2 brand new songs. Even though I've been an Ed Sheeran fan since "Fire Alarm" came out, his song "Shape of You" has quickly become one of my favorite songs. Don't hate me, but I personally don't like "Castle on the Hill", the lyrics remind me just a tiny bit of "7 Years" and just aren't as catchy as the story he tells in "Shape of You".

With that I leave you with a parting gif of Brenden Urie oh and my playlist! If you have any additional songs you think I should add to my current playlist feel free to add them down below in the comments. :)