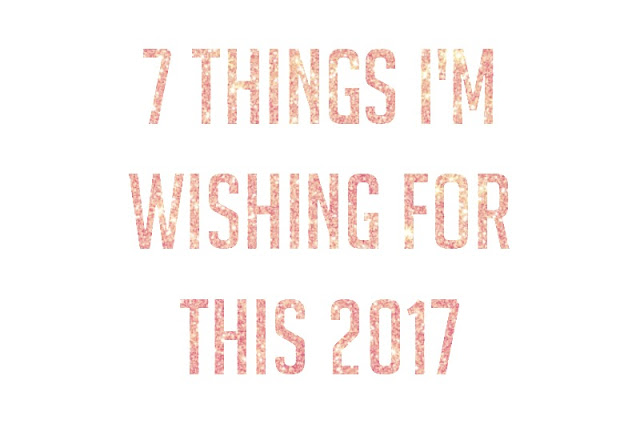 Now that 2016 is officially behind us, I thought it would beneficial to go ahead and lay out what I want to see happen in this coming year. If you're interested in the seven things I'm hoping to see in 2017 continue reading!

1. Peace between Democrats and Republicans

via GIPHY
It's sad that I even have to ask for this. Despite being a staunch Democrat within my family I don't want a recount or a reversal of the presidential results instead, I want peace between the two parties. Yes, I understand the things that Donald Trump has said many unsavory and done many unforgivable things, but I have finally reached a place where I am willing to give him in a clean slate this new year.

via GIPHY
Even though I am usually one of the last people to say that school is hard, I am totally willing to admit that staying motivated is hard even for "good students". As a sophomore looking forward to my junior year (and driver's license) it's hard to stay committed to my studies. Despite the fact that I make good grades, sometimes it's hard to see the finish line, especially when I am currently juggling the thought of what I want to study in college. Which brings me to the next thing I am wishing for.

3. Wisdom on the Type of Career I would like to Pursue

via GIPHY
I'm sure most people reading this are rolling their eyes. I mean how could a high schooler possibly know what they want to do after school? Especially when they still have another 4 years at the least or 8 years at the most, of additional schooling before entering the workforce. Despite what you may think, I have actually concluded that I would want to be either a broadcast journalist, lawyer, or neurologist. Now I am just wishing for the wisdom and foresight to see which career I'd actually be willing to go about pursuing.

via GIPHY
Even though I did not reach my end-of-the-year goal of 500 subscribers (or subbies) at the end of the year like I wanted, I really want to continue to see an increase in my audience. I saw an increase of more than 200 subscribers in this year alone and want to excel still more and grow my audience to my past goal (and hopefully beyond)

via GIPHY
This may sound like more of a new year's resolution, but I realized towards the end of the past year that I am generally a better person when I have at least 9 hours of sleep.

via GIPHY
Maybe I have this overly romantic idea of "teen jobs", but every since I found out that I was allowed to work at 14, I've wanted to have a job. Since I am turning 16 and will be able to drive myself around this coming August, I have decided that I would like to get a job and take a little pressure off my parents.

via GIPHY
I'm probably not alone in this sentiment, but after listening to J.Cole's latest album I'm so ready to hear some new music from Lecrae. Good music nowadays is hard to come by, but Lecrae always comes through with music that feeds both my heart and soul.