If there's one thing that truly gets me in the mood for anything sports related it's music. Specifically anything fast and upbeat, Church Clothes 3, which fit all of my "requirements". I became a big fan of Lecrae after seeing him in concert at the Motion15 Conference this was back when Anomaly was his latest album. Recently (January 15, 2016) Lecrae released a new album, Church Clothes 3. 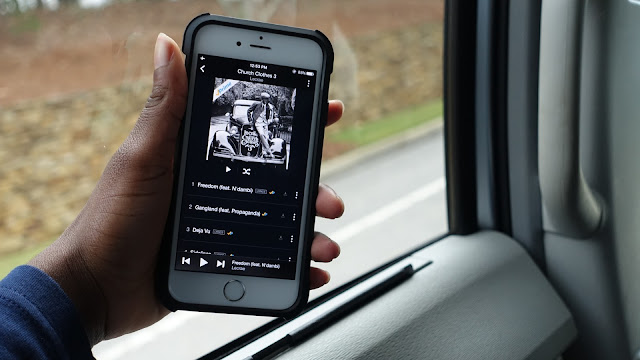 Unlike many rappers of today Lecrae raps about topics of substance, and this coming from a not-so-typical black teenaged girl who prided herself in saying she "hated" rap. In his latest album Lecrae decided to take on very relevant subjects like racism, abortion, haters, and (what I took to be) Jared Fogle. I decided to listen to the album straight through in the order he had them placed and right off the bat I was impressed with Freedom and Gangland. Both of which will be perfect for soccer warm ups. I can honestly say that I loved the whole album with the exception of Forever which had great lyrics but was a little slower.

My personal favorites from the album were Freedom, Gangland, Cruising, and It Is What It Is. Lecrae employed beautiful mixed tracks throughout the album from a slowed groovy number in Cruising and Forever to a faster upbeat mix in Gangland. As expected Misconceptions 3 was a star on the album it featured fellow rappers John Givez, JGivens, and Jackie Hill Perry.


In case you're interested in my personal warmup playlist check out my spotify playlist here.